Today was very warm right from the beginning, and started with clear blue skies which remained throughout the whole day. 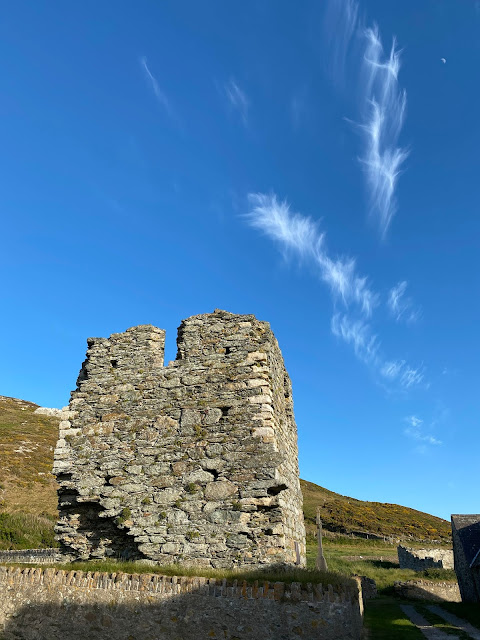 early morning at the Abbey Ruins

Sam was out early to head up to the plantation and see what was around. Hopes were high as clear skies overnight coupled with south easterly winds held great promise for today's birding. However, first thing there was not too much about with only a few Spotted Flycatchers, Whitethroats and Sedge Warblers. It was then time to head back to the Obs for some breakfast before heading back out later on.

Whilst in the kitchen, George heard a Greenish Warbler singing from the back garden, he ran and got Steve and we all stood and listened to it for about 10 minutes. A net was opened in the garden and it was quickly trapped and ringed before being released back into the garden, it was not heard again until late evening. 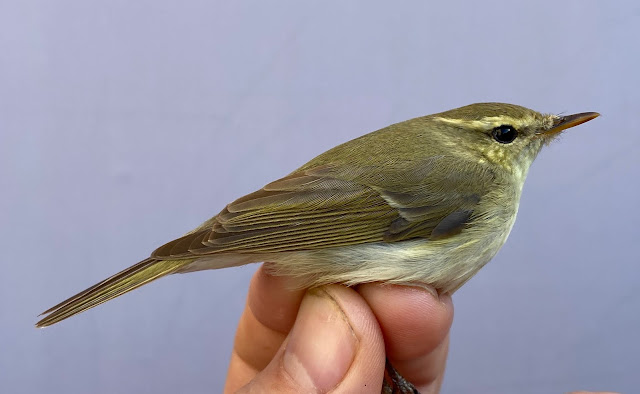 Greenish Warbler, the 20th for the island, and the 10th spring record in the last ten years.

Sam and George both then headed out to do their daily census walks, George headed to Nant and Sam went to do the Withies and Wetlands. Steve also headed out and went down to the Narrows via Ty Pellaf - another nice bird today was present in the crop field here, the first Turtle Dove of the year; these birds are becoming an increasingly scarce sight as their numbers dwindle further, so it is always a privilege to see one.

Nant appeared to be very quiet, a few laps of the Plantation yielded only a few Spotted Flycatchers and a family party of Stonechats. George sat down to call his parents and during the phone-call, a small-ish bird hopped up onto the barbed wire fence opposite him and was immediately mobbed by the Stonechats. He put the phone down as it seemed potentially interesting, and he couldn't have been more right, it was a stonking female Woodchat Shrike! The other Obs staff were quickly notified and they arrived soon after - the bird had disappeared while George had gone to call the Obs phone, but it was soon re-found down in the North West Fields. 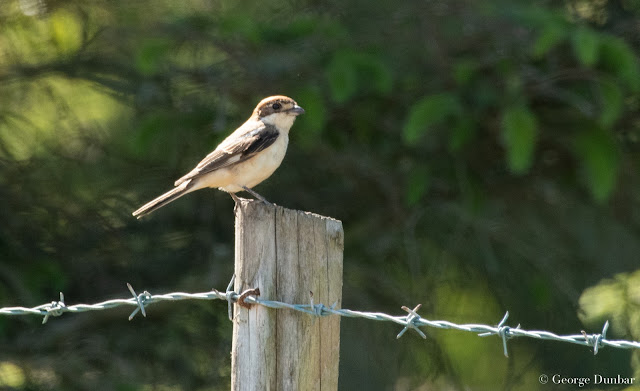 initial photos from when the bird was found... 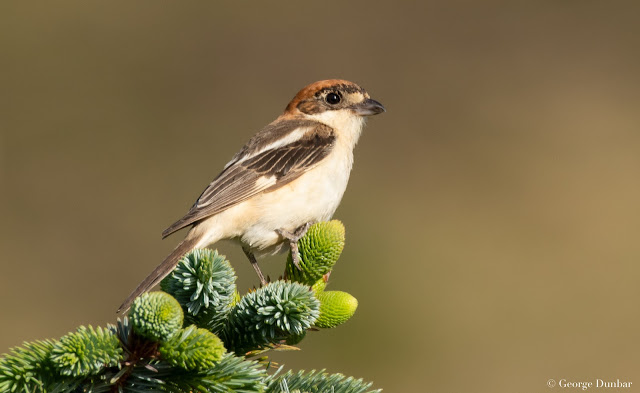 it showed superbly as the day went on, giving views down to 5m at times! 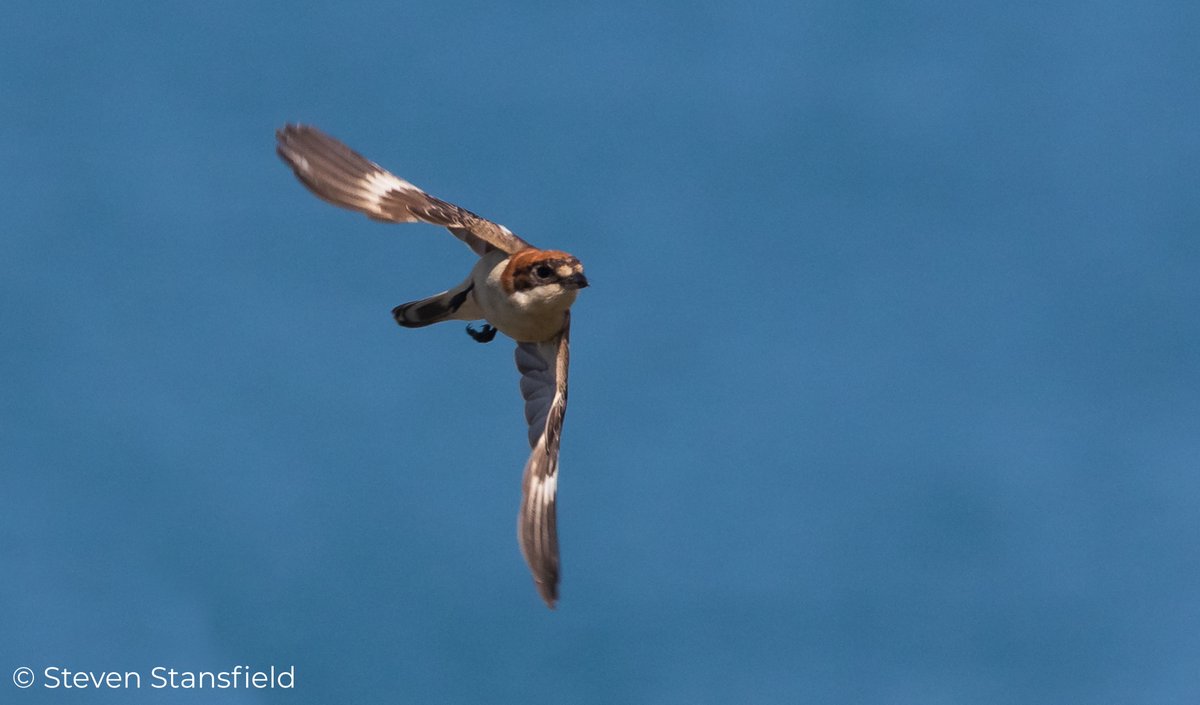 The rest of the morning and Early Afternoon was spent watching the bird feeding constantly along the fence lines from the North End and back towards Nant. It was having no difficulty in finding food, picking off bees as they flew past and finding multiple huge Cranefly larvae in the grasses. This is the 28th record of Woodchat Shrike for Bardsey, with the last one having been recorded eight years ago; a very nice bird to see indeed, and combined with today's scorching weather, it did feel like you could have been birding the Mediterranean. 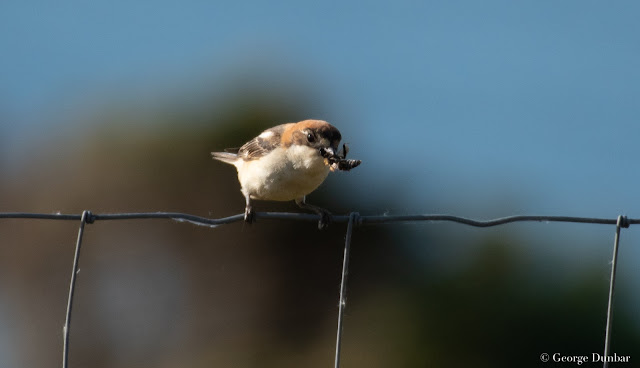 the Shrike with one of its many catches, this time a bee (I think).

The Withies were quiet today with a Garden Warbler being the highlight, there were two more also, with one at Nant and the other at the Obs first thing.