Fog fell on the island after several days of sunshine, this gave the observatory staff some time to collate and enter ringing data from the last few days of seabird ringing.

Ed and Sam were out in the early hours, Ed got some more Manx Shearwater ringing in before he leaves the island at the weekend, 50 were ringed in total and 55 were retrapped.

Kittiwakes of mixed ages were gathered on the North End and West Coast, and a feeding flock could be seen close in to shore with Manx Shearwaters and auks amongst the flock. The most unusual bird of the day was a Black-headed Gull but these will start to pass through the island in large numbers in the coming months. 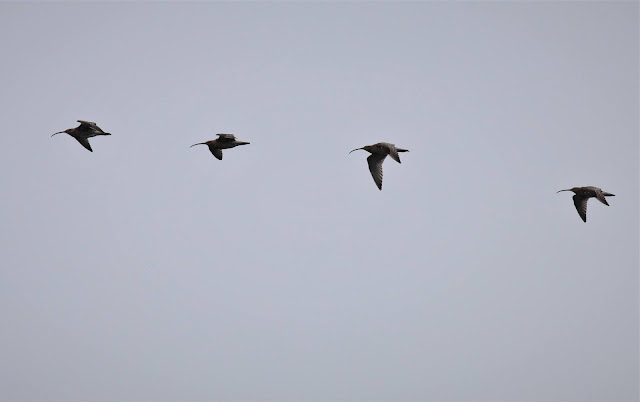 Four Curlews past the North End 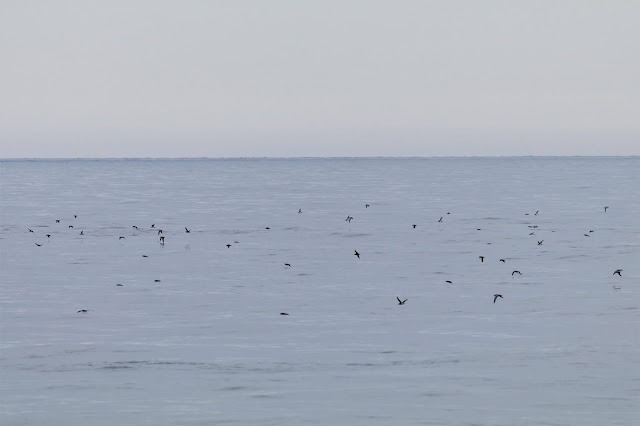 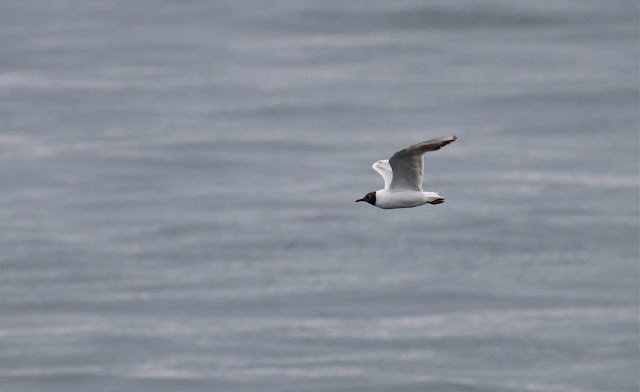 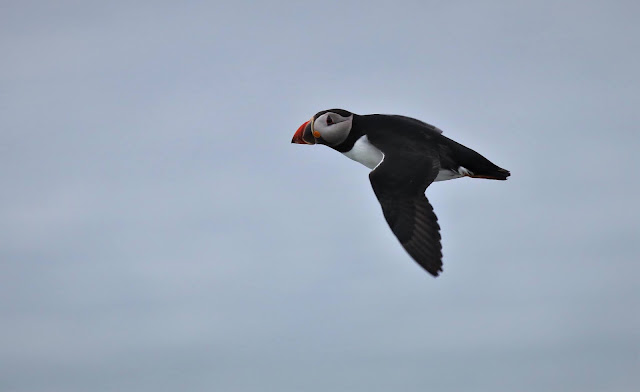 A Puffin that practically flew over the North End Hide 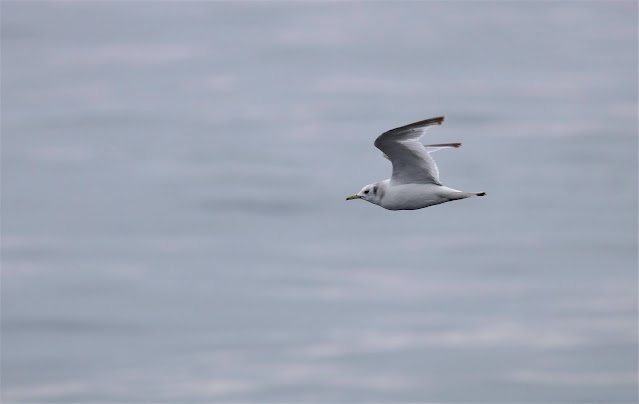 Kittiwake, one of many in a feeding flock 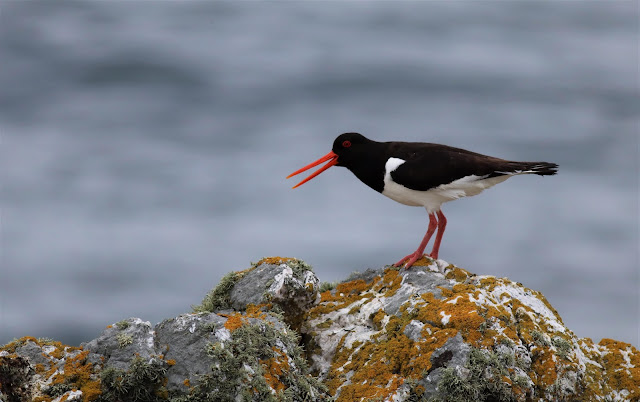