Yet another glorious day was gifted to us. Saturdays are usually changeover days, but as only one side of the Obs is open we have found ourselves with an empty week. Fiona Bithell has come on to the team though, she'll be volunteering for the next two weeks.

The nets were opened at Cristin in the morning as the northerlies made it too windy to open at Nant. Willow Warblers made up the bulk of the catch but there were other migrants in the mix too (details below).

It was a fairly usual day, Wheatears were most abundant on the Narrows, a Barn Owl that was at Nant last night was hoped to be in the nest box, but we had no luck today. The highlight of the day was a Ring Ouzel that flew across the mountain just above the Obs and into the mountain gorse. 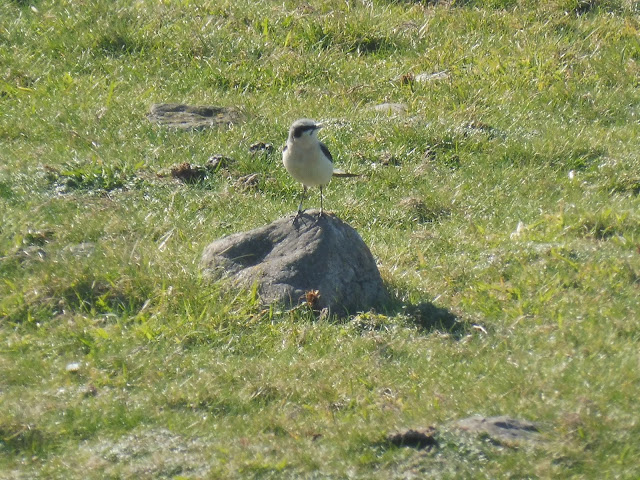 Wheatear on the Narrows

Swallows were passing over the island today, still just a trickle and not as many as yesterday, but given the northerlies which picked up in strength over the course of the day, this is to be expected. A Sand Martin on the Narrows and two House Martins on over the mountain made up the rest of the hirundine passage. Other migrants include the White Wagtails that have been building slightly in numbers in the last two days. They were flycatching on Solfach today. 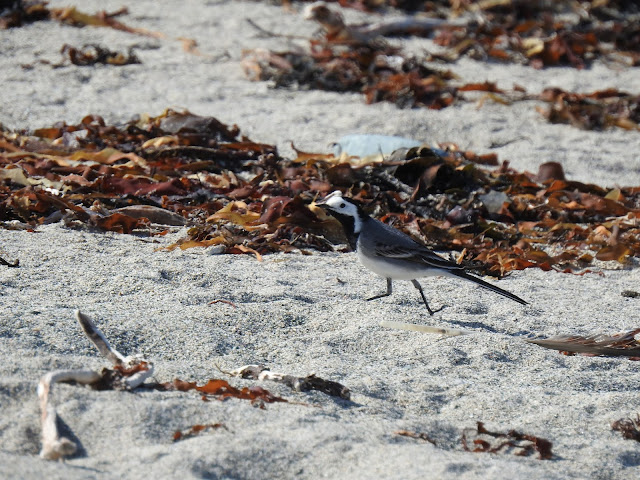