An eye-wateringly cold and strong breeze from the North characterised most of today and it didn't really give up at all. Wind speeds peaked at around 35mph which totally foiled any plans to try and ring, for the second day in a row.

Birding conditions were made very difficult by the wind for two reasons: 1) it becomes increasingly hard to hold your binoculars steady as you gradually lose more feeling in your hands to the cold and 2) most birds are well-hunkered down in the cover and are not singing as they have been in recent days, understandably...

With a wind from the North, George headed to the North Hide in the hope that some seabirds may be passing reasonably close-in. On the way, the first lamb had been born in the North West Fields, there'll be lots more to come in the coming weeks! 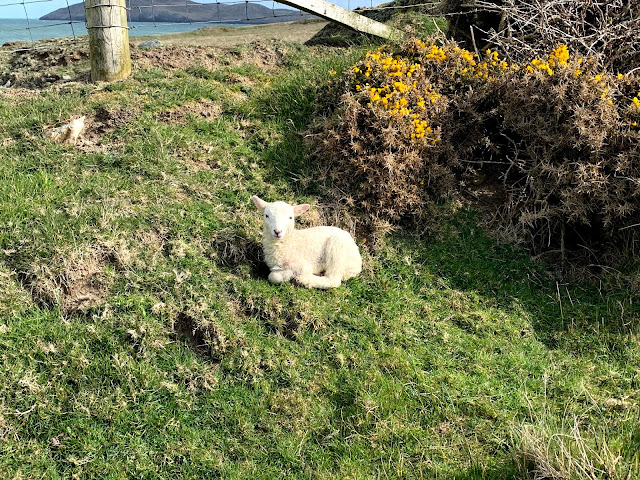 lamb in the North West Fields

The session in the North Hide was reasonably productive - Manxies, Gannets and Auks gave good views and two more species made their way onto the year list: Mediterranean Gull and Grey Plover. Both of these species were good records as Mediterranean Gulls are scarce on the island in spring and only a handful of Grey Plovers are recorded annually. 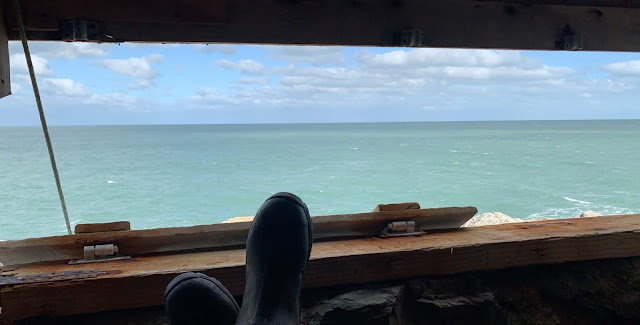 looking North-West from the North Hide

A walk down the West Coast produced small numbers of waders with Whimbrel being the highlight. Four Canada Geese on the narrows was a 'good' record - these are still scarce here on the island with only 55 records before this year, but with 18 records in the last three years. 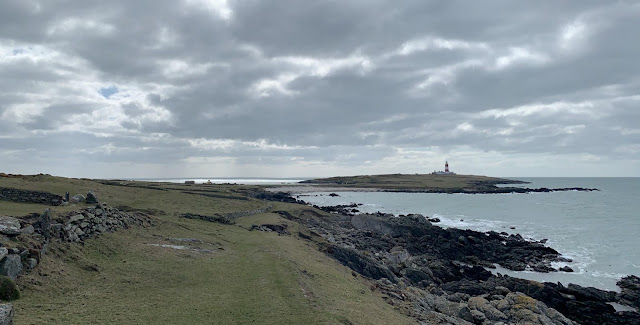 heading South down the West Coast towards Solfach

The afternoon was spent entering the recent days' ringing records into the BTO's Demography Online or 'DemOn' for short. It has been good for ringing since coming back onto the island, hopefully we will get a chance to open the nets again before March is over. 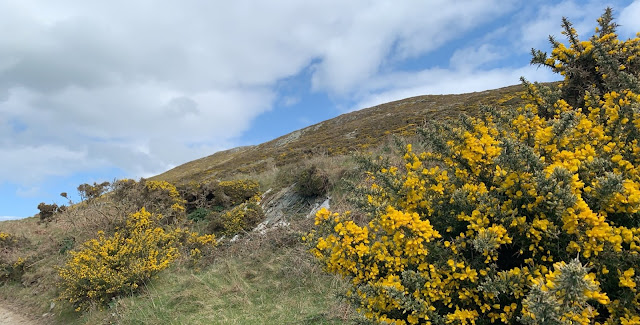 The gorse is beginning to come into flower nicely, soon the mountainside
will be ablaze with yellow

The ringed Black Redstart was seen in the Observatory garden in the afternoon and the Stock Dove was also still present in the Lowlands.

Late evening saw another Bardsey sunset give way to yet another beautifully clear night tonight which allowed brilliant views of both Venus and the crescent Moon. 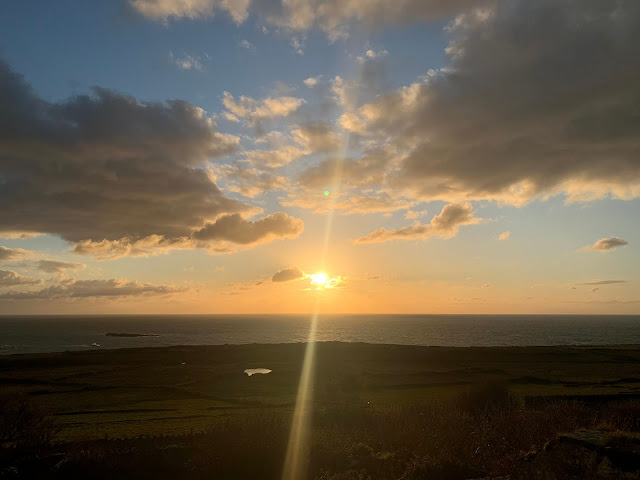 sunset from the Observatory 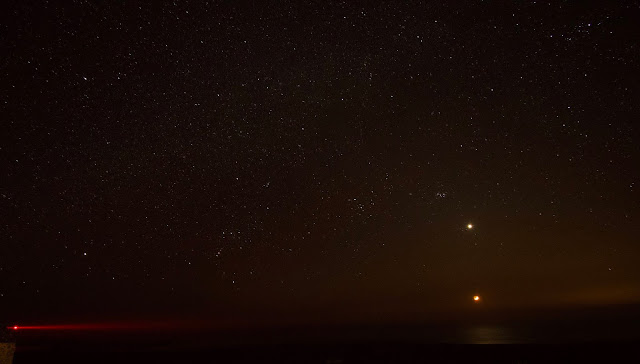 another starry night on the island, though the growing moon is now starting to reduce
the manxie numbers coming ashore.

No ringing today, unfortunately, due to high winds.