Today held a lot of promise! That was the mindset last night and this morning... However, two Reed Warblers was the best the day had to offer in the end migrant-wise, but these are the first for a while so are not to be scoffed at. Plus, they are a good sign of movement! 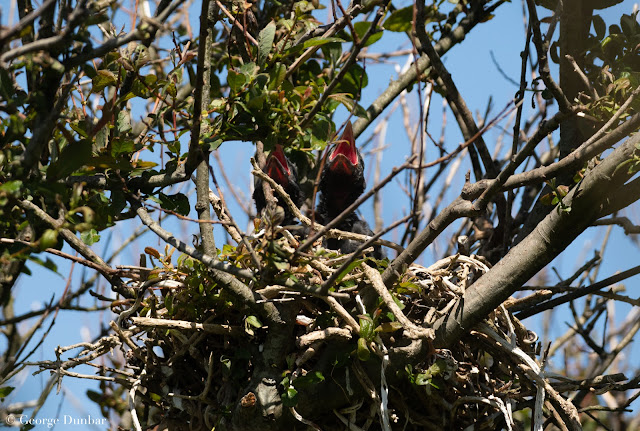 Crow nest in the withies

The morning census's also produced a good number of Sedge Warblers, four in the withies, one at Nant and 4 in the reedbed. Stonechat juveniles were seen on the south end and the withies once again today, nice to see. It's always surprising how thick and fast juvenile birds start to appear! 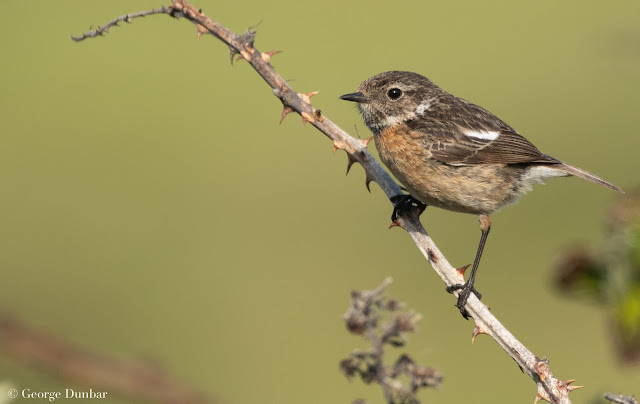 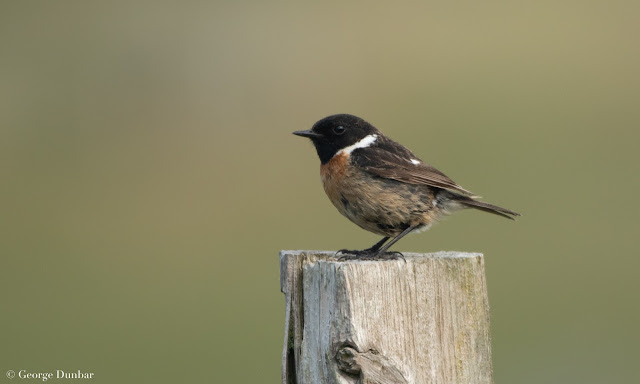 The afternoon was spent carrying on with project work, which for George meant putting out new posts to mark some of his Manxie burrows. For Sam, it meant carrying on with the burrows census, the first section of the census area was completed today.

The main excitement of the day came in the afternoon when the Obs staff set off to ring some Chough chicks. Choughs, for those who don't know, nest in some very awkward places, often the nests are just plain inaccessible, at the least, a bit of a climb is required! The nest today was one of the easier ones to get to but still a bit of a scramble and a squeeze! At least three chicks were in the nest, but one hopped out of reach and so only two were accessed. They were colour-ringed and we'll be going to more nests tomorrow, so should be adding a few more to the totals! 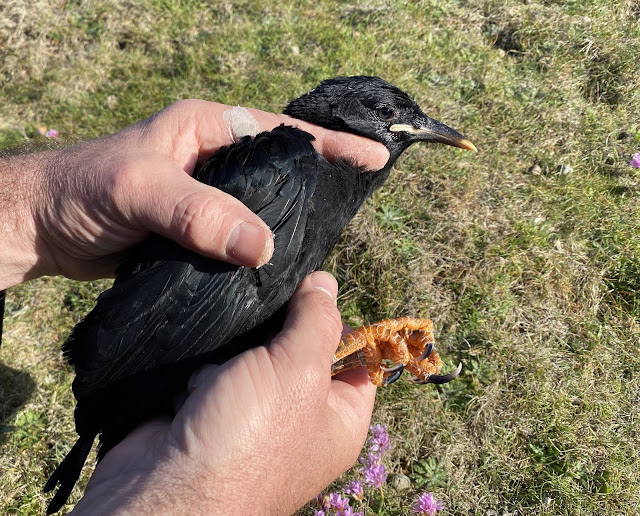 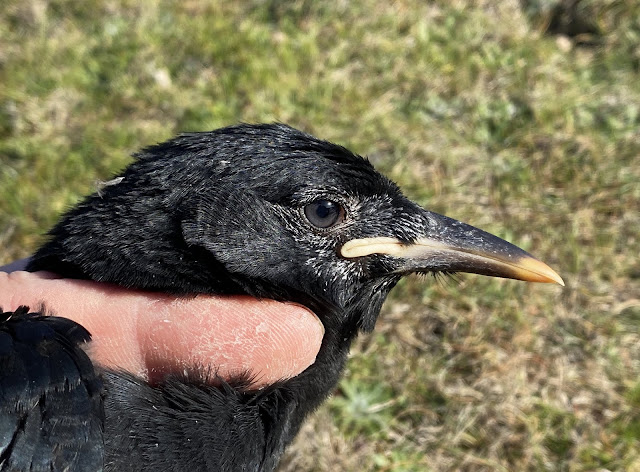 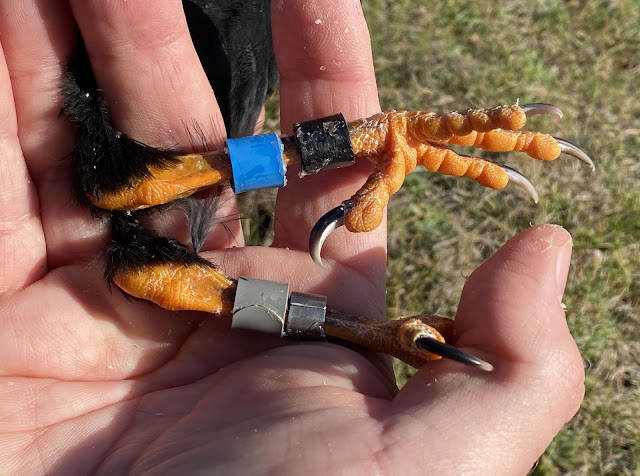 Chough chick getting its colour-ring combination