Very gentle north-easterlies and plenty of sunshine just about sums up the weather today. George had the garden nets open before the sun was up and it turned out to be a fairly successful session, with Spotted Flycatchers and Lesser Redpolls in the mix (details at the bottom of the post). 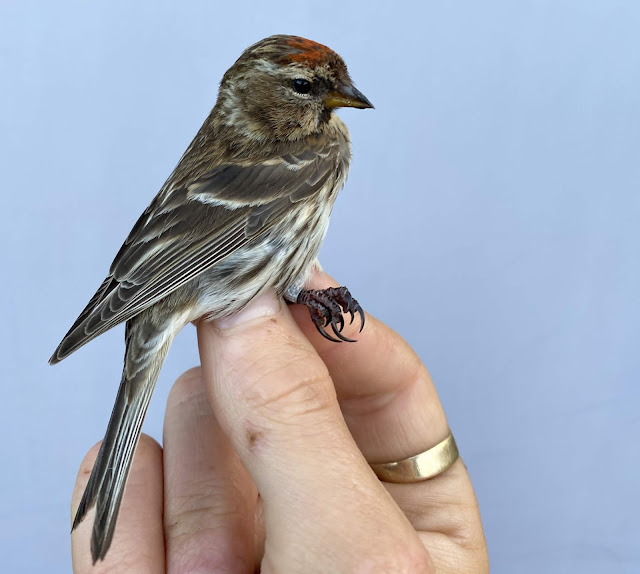 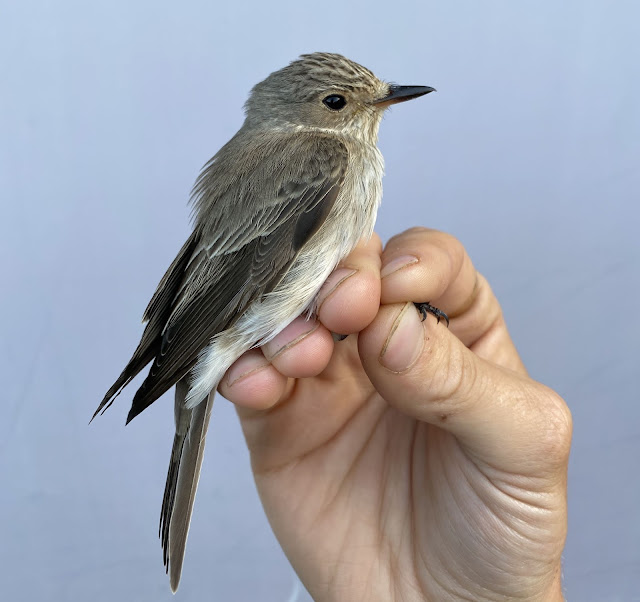 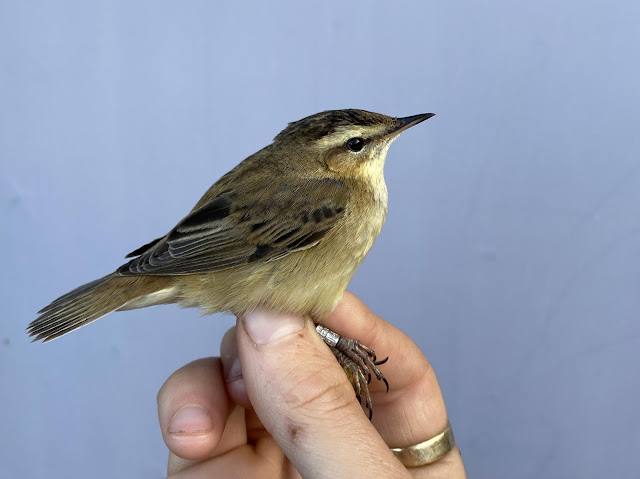 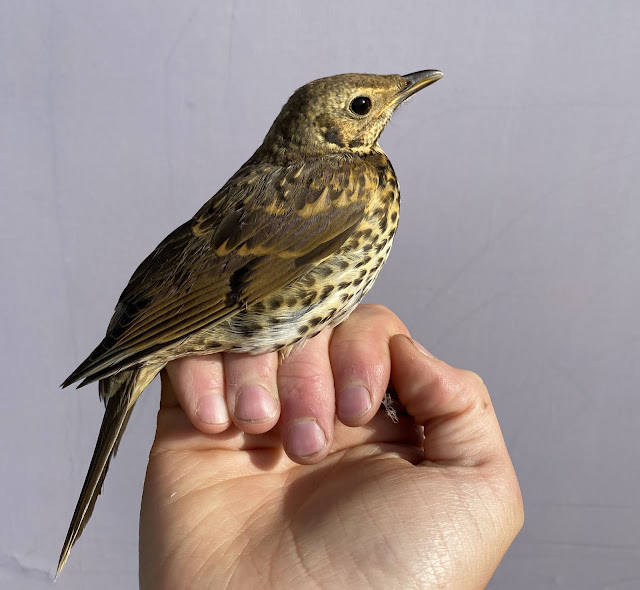 Whilst George was ringing, Steve and Sam headed out, Steve went north and Sam went south. Up at Nant there was a decent arrival of Spotted Flycatchers, at least 26 flitting around the trees along with a Lesser Whitethroat. The bird of the day, however, was easily a Black Guillemot which was sitting on the sea between Bardsey and the mainland, looking brilliant in summer finery. There was one seen last year, so not an easy bird to see from the island.

After lunch both George and Sam headed out to continue the Manxie census, before Steve and Sam headed to the East side of the island to ring the Seal Cave Chough chicks. Last time the nest was checked (about one week ago) there was one chick and three eggs, this week just one chick remained. Perhaps the chick that hatched first got all the food? Who knows? Either way, it was taken and ringed with three colour rings, before being placed back in the nest, not worse for wear.

However, before arriving at the Chough nest, a Fulmar was re-trapped whilst sitting on its nest. These are birds that are best viewed from a distance..! As they have a powerful, heavily built head and beak, with a large hook-tip. On top of that, they produce an oily, acidic fluid that is stored in a muscular part of their digestive system called the proventriculus. They launch this fluid with considerable force from their mouths at any potential threats... Such as us! 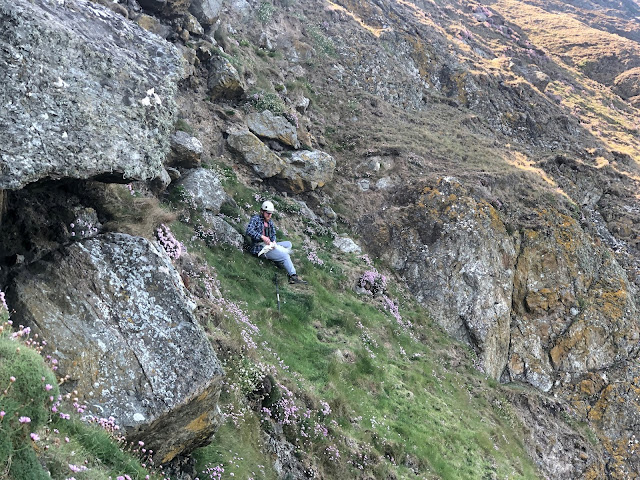 Catching a Fulmar with a noose-pole

If you were an avian predator after an easy meal, you certainly wouldn't choose a Fulmar or its chick, as this fluid would matt your feathers and handicap your ability to insulate, keep dry or possibly even fly. That's why you rarely, if ever, see anything mess with a Fulmar. But to watch them soar along the cliffs is a different story... They have one of the most mesmerising flight styles of any seabird, stiff wings and subtle movements to use the breeze to full effect. Perhaps its the mixture of brutish strength and stunning grace that makes them so likeable... 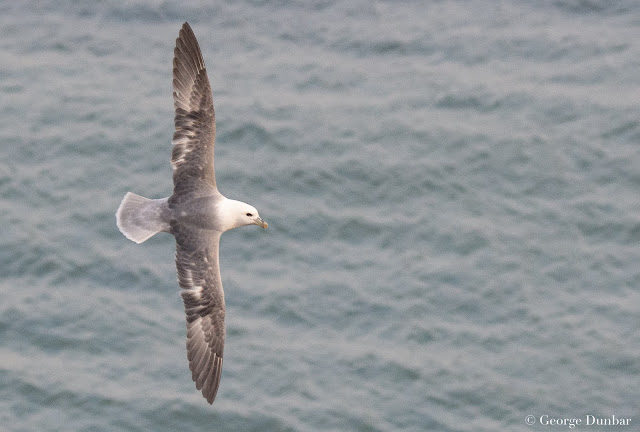 After having a check for Razorbill chicks, Steve and Sam headed back up the slope. Whilst walking along the track, two Oystercatcher chicks were caught and ringed, they were crouched just at the side of the track in almost perfect camouflage. 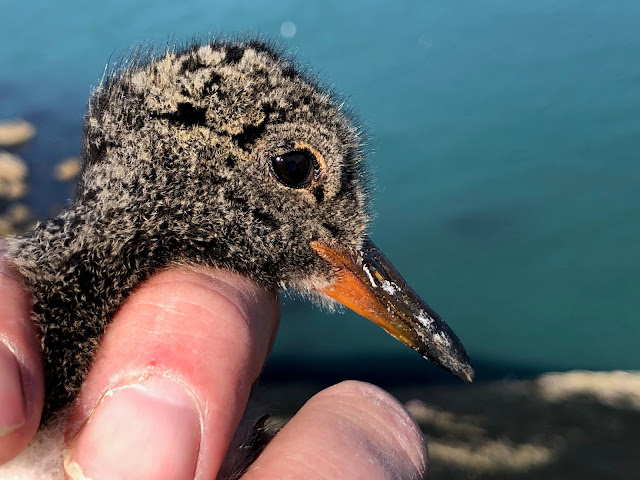