Today's weather was rather grim, with some quite heavy showers spread throughout, and strong south westerly winds again, until late evening.

In the morning, George and Sam headed for the shelter of the North Hide, to take advantage of the strong winds and sea watch for a couple of hours, in the hope that the winds may produce some birds of interest. There was nothing particularly different seen, but good counts of Manxies, Gannets and Fulmars were had, with a few other bits thrown in too. It's always nice to be out when the weather gets rough on the island, it really makes it feel wild here. (Full seabird counts at the bottom of the post). 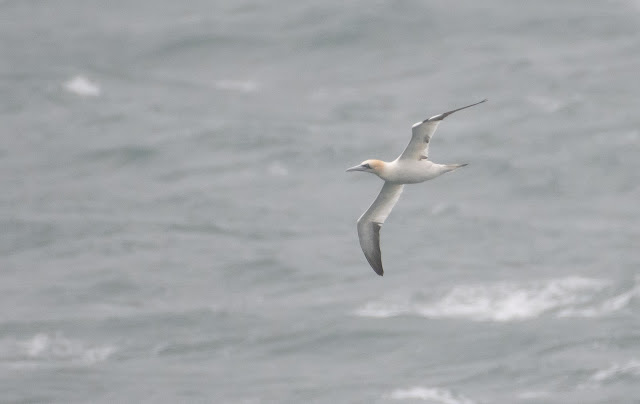 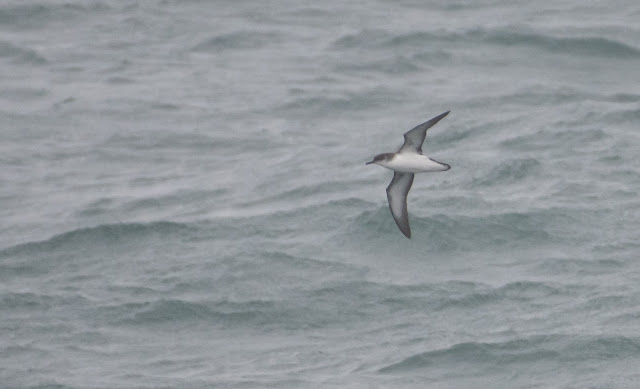 Dan headed to the South End, where a pod of Common Dolphins close inshore was a nice surprise, there were tonnes of Kittiwakes around too, and a different stream of Manxies were moving from the East. More Yellow-legged Gulls were around too, with at least one new bird being seen today, which headed south off the South End after feeding for a while in Solfach. Also, across from Solfach on Henllwyn, four Ringed Plovers were feeding, with 22 Turnstones nearby on the Narrows. 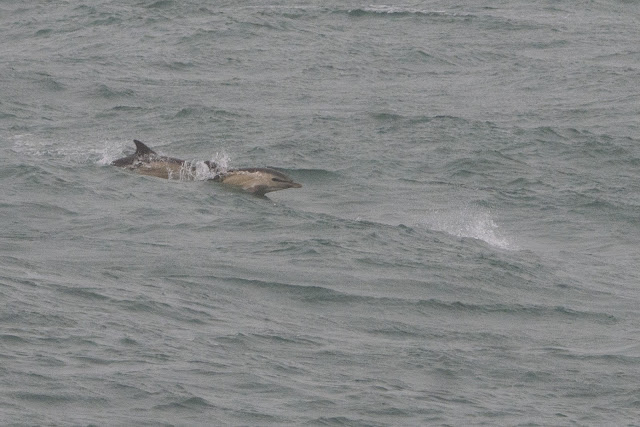 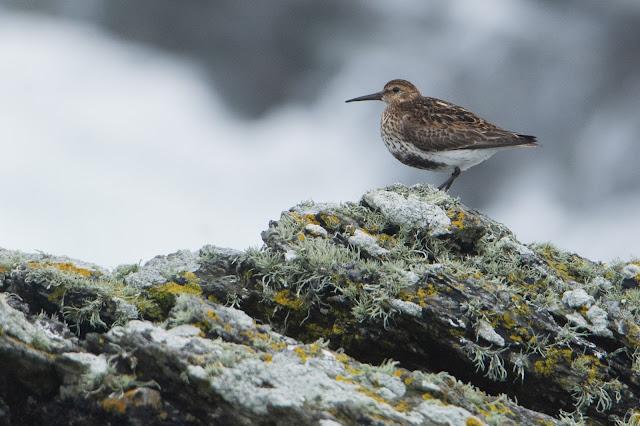 Dunlin on the rocks at the South End 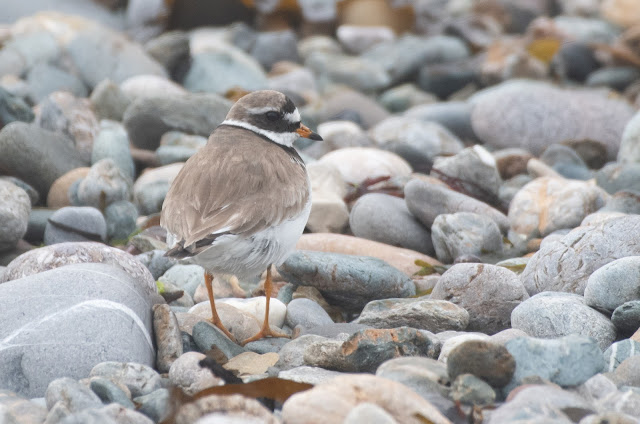 In the afternoon, the rain drew in so it was time to crack on with entering some ringing data and getting some breeding bird maps completed ahead of starting some report writing when the weather next deteriorates.

Annoyingly, mist covered the sea in the evening which meant sea watching was near impossible, though the faint shapes of many shearwaters heading south could still just about be made out.