The wind switched to a north-westerly today, and wind speeds were lower, gusting at around 15mph. Immediately noticeable was the number of Robins ticking away in the garden, in total 26 were counted today.

Nant produced three Blackcaps, a Great Spotted Woodpecker, a small flock of Lesser Redpolls and decent numbers of Goldcrests, plus three Sparrowhawks circling over the plantation.

It was another good day for waders, and in particular, the best day of the year for Curlews with a flock of 143 counted on the south end! Far higher than the previous highest total. Other waders today include 15 Oystercatchers, 7 Ringed Plovers, 12 Dunlins, two Snipes, one Bar-tailed Godwit, two Whimbrels, four Redshanks and 43 Turnstones.

Seawatching in the morning produced highlights of one Balearic Shearwater, two Great Skuas and three Great Northern Divers, but the highlight of the morning had to be a Great Crested Grebe which flew through the Sound late morning!

A Kestrel at the farm took a liking to one of the mist net poles as a perch and as it was in the area all day, George thought he may as well try and catch it which he managed to do. A very rarely ringed species on the island! 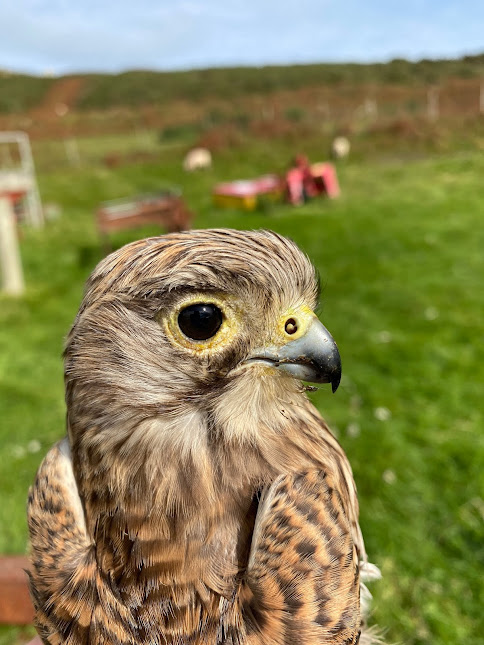 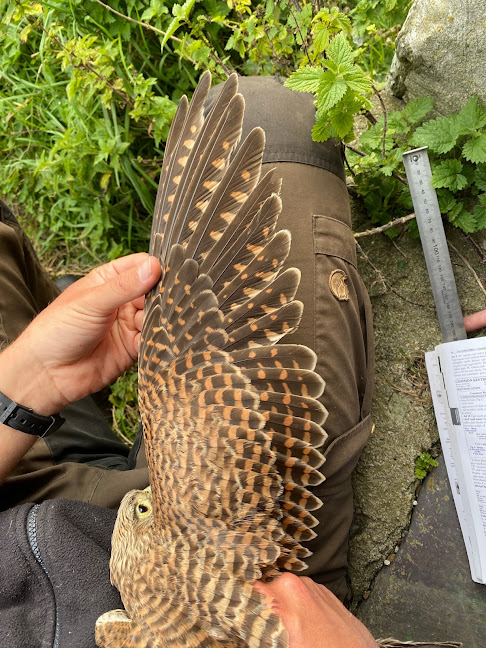 A young Kestrel caught at the farm today