A gap in the weather meant for more migration today! Some of the strongest Skylark passage for many year was noted during the morning with over 788 birds flying over, with 646 of them passing over the south end of the island, amongst the larks was a single Woodlark  at Ty Pellaf quite rarely in the day. 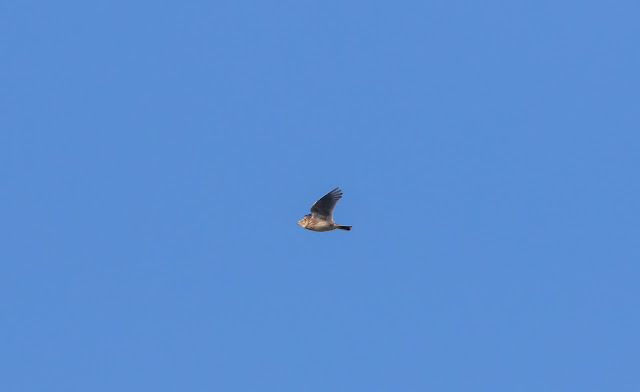 One of the many hundreds of Skylarks

There were also 495 Meadow Pipits flew south, along with two Richard's Pipits over South End. Rock Pipit numbers increased with up to 37, including two migrating south off the South End. 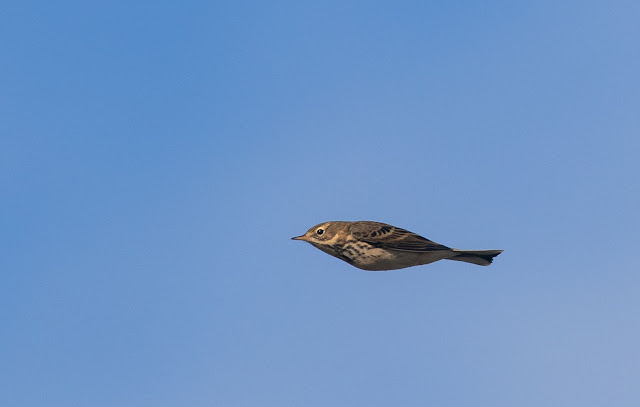 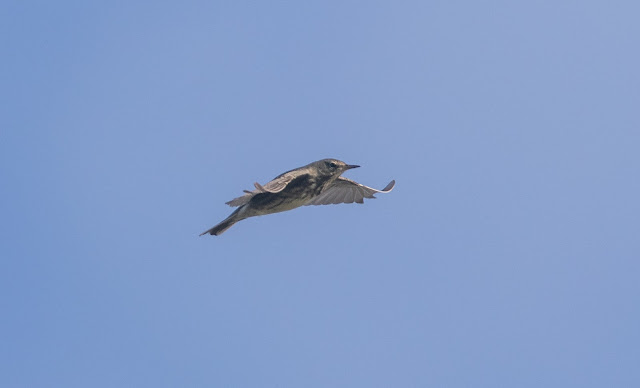 There were two Ring Ouzels on the mountain, and 31 Redwings and 15 Song Thrushes were logged. 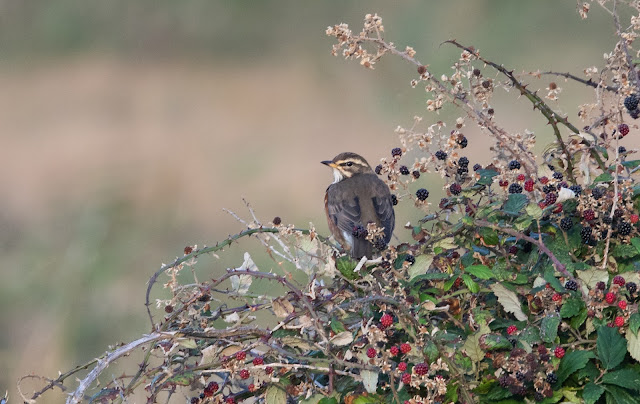 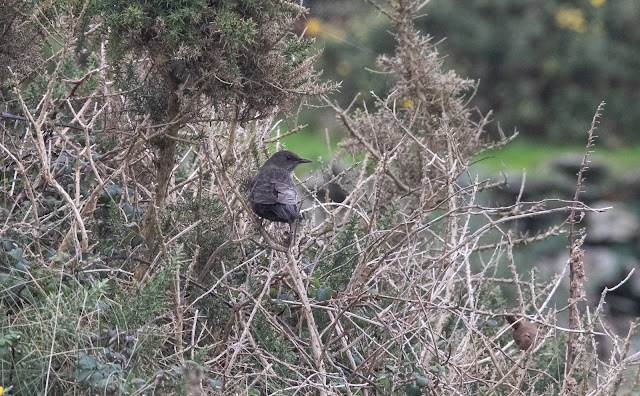 There were also a good number of finches moving, with 142 Siskins around the Plantation and the Observatory, and 144 Chaffinches counted. There were also 64 Goldfinches and 67 Linnets. The first real corvid passage was noted too, with Crow, Rook and Jackdaws numbering 54,54 and 44 respectively.

Over the course of the last week, a walk around the island would produce Goldcrests and Chiffchaffs, but now it really feels like some variation is arriving!  It really feels like autumn has arrived now.
There were many notable birds today but the highlights of the day had to go to nineTufted Ducks which are less than annual on Bardsey and two female House Sparrows, the 2nd and 3rd of the year.