Today the weather really took a turn for the colder. The wind switched to the north with a touch of east in it and the sky cleared up giving a cold blue feel where ever you looked.

The birds too gave a winter feel to the island with finch numbers increasing, Chaffinches up to 79 and a flock of six Siskins were at the farm. Woodcock numbers were up to four, all of which exploding out of the wetlands and the withys. Waders still present in number included Curlew, Redshank and Turnstone with 41, 12 and 36 respectively. 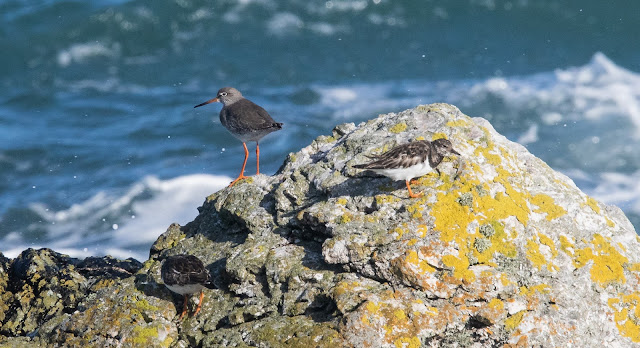 Seals are still pupping on the island although the rate of which has slowed a lot. Another three pups in the last few days however takes the total this year, so far, to an impressive 53 which is a new record for the island. The islands breeding Grey Seal populations has been increasing regularly in recent years and this shows it still is. Why it has done so is not known however it shows there must be good feeding and plenty of suitable space for them on the island.