The wind was in the west today and the day began very wet. However it became quite nice from mid-morning when the rain stopped!.

Observatory Staff were preparing everything for leaving the island as a boat was coming to collect them and take them off the island on Sunday...

Lewis headed up to Nant early afternoon once the rain had stopped and quickly returned to the Obs to say he had found an ADULT MALE Red-Breasted Flycatcher at Nant. Everyone grabbed their cameras and set off back to Nant with Lewis, we split up and relocated the Flycatcher in the New Plantation, feeding in the newly cut area of trees. It showed well, thankfully and everyone saw it! What a treat for the last full day on the island. While watching the Flycatcher, a Firecrest was also seen feeding along with small numbers of Goldcrests, too. 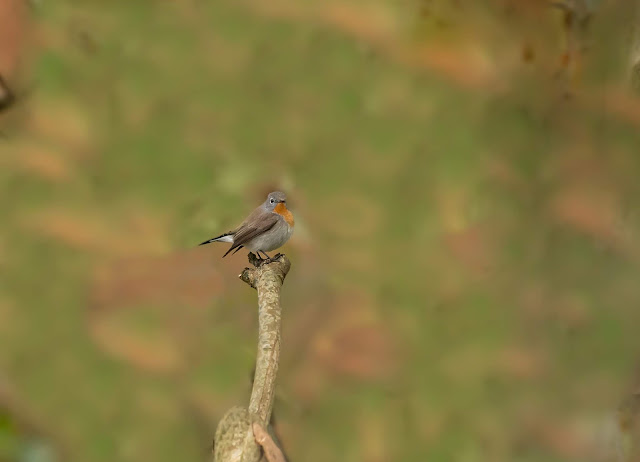 Posted by Steve Stansfield at 17:21