Sam and George were both up early today as it was the first calm morning that there has been for a while. A gentle breeze from the south-west didn't cause any issues, besides bringing the occasional fog and rain showers with it later in the day. 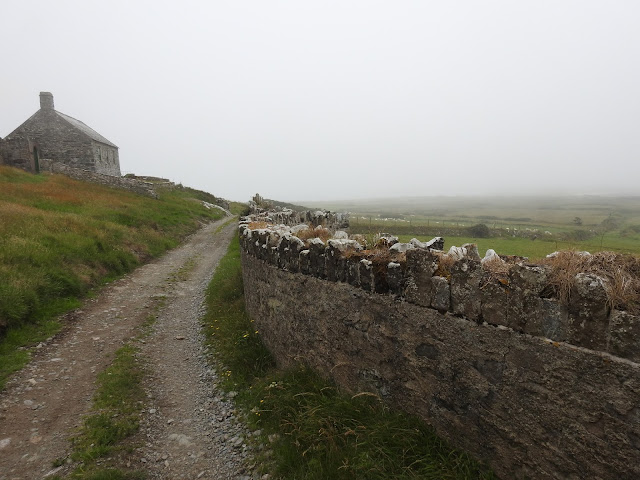 The view down the track in the late afternoon 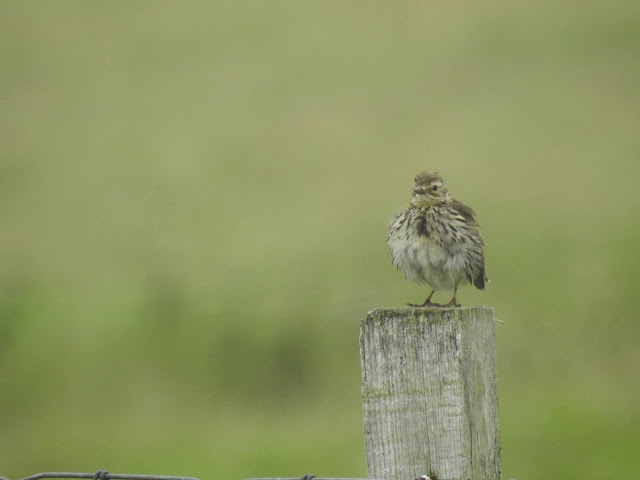 A fluffed up Meadow Pipit in the fog

George was continuing with the Breeding Bird Survey and Sam opened the nets at Cristin. It wasn't the most fruitful ringing session, but a few juvenile birds made it worthwhile, especially as one was a Chiffchaff and one a Stonechat.

George was surveying the north end of the island today, bird-wise it was much the same as any other day, but he chanced upon a pod of eight Risso's Dolphins just off the North End and had amazingly close views! Not a bad way to start the day, really.

Sam strimmed and mowed the Obs garden and net rides in the late morning and early afternoon. Meanwhile, George was re-arranging the storeroom and then headed off to do his weekly Manx Shearwater burrow check. Most of the pairs had eggs, but a couple had chicks, and in one case the chick was already a whopping 323g! Quite a bit above the average for this time of year, but it does seem to be an early breeding season for many species. Whilst doing the burrows behind the obs he had to pack it in due to heavy rain, heavy rain that he experienced in all its force..! 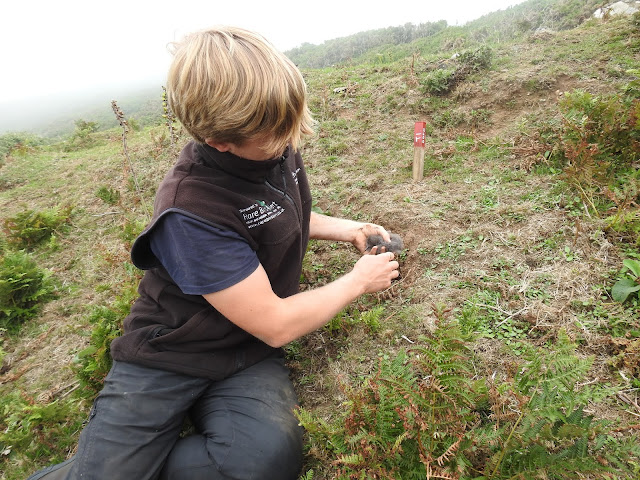 George extracting a chick from a burrow 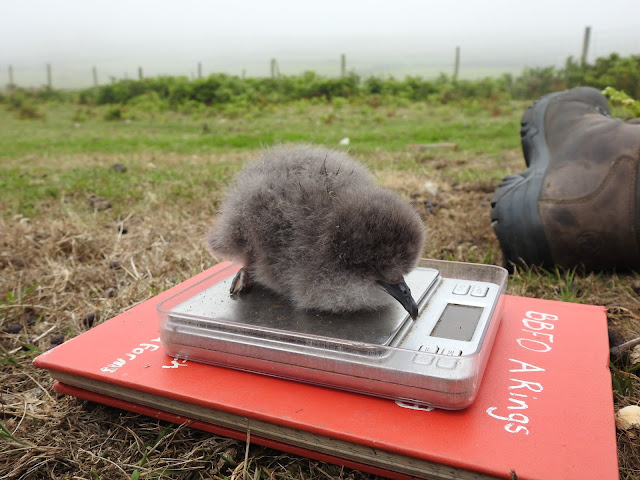 A Manxy chick having its weekly weigh-in. This one weighed 44.8g 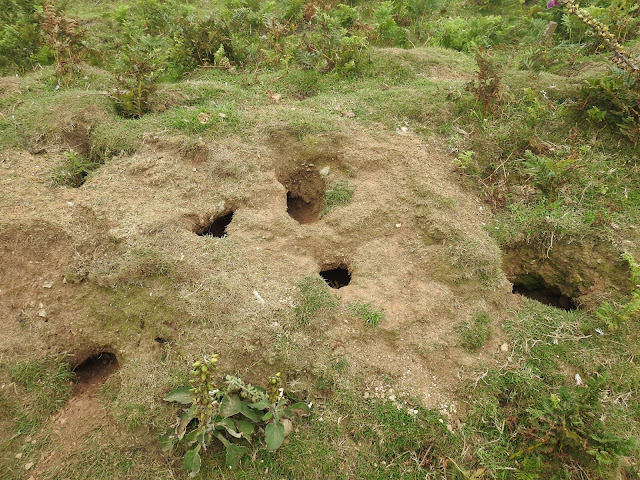 The Manxies on Bardsey like to burrow into the low walls, this one couldn't be much more packed!