Fog and rain took over the island today, but they were brought in by a more southerly breeze which kept the temperature up. The garden was active first thing in the morning with Chaffinches and many ticking Robins. A Yellow-browed Warbler was heard briefly too, and on top of that, Autumn's first Redwing hopped up onto a bush, six days earlier than last Autumn, another two were present on the South End and at Nant. Also at Nant was a flock of 39 House Martins! 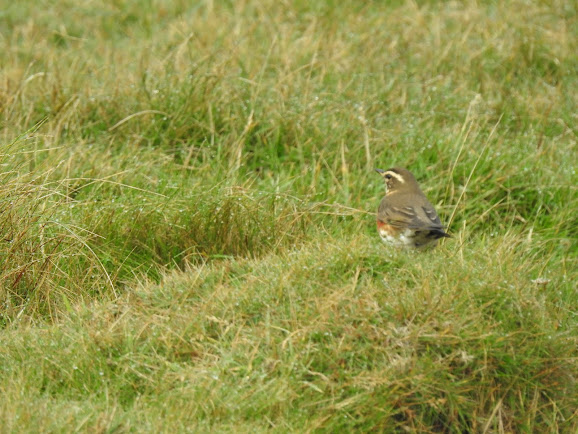 Redwing on the South End

Goldfinches were in good numbers, there were 48 throughout the day, 35 of which were around the farm. 39 Linnets were also present around the island, with no big flocks seen. More Dunnock passage seemed to be happening today, with a total of 17 individuals recorded, it seemed as though the 'tseeping' call was everywhere you went.

A Grey Seal survey took place today, every three days a slow walk around the coastline takes place in order to find new pups and take photos of the mothers. It's getting quite confusing at this stage in the game, as there are now 36 pups around the island! 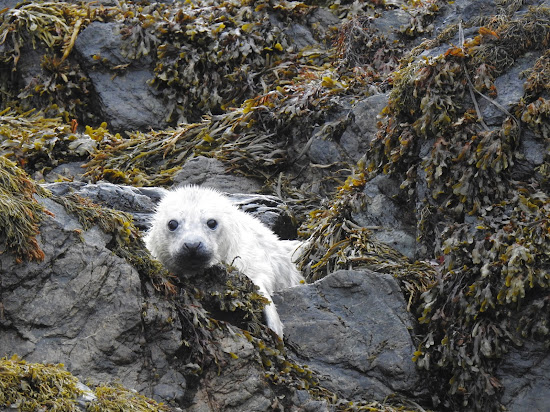