Last night saw Josie and George heading to the West Coast via the Lowlands to catch Manxies after dark - it was a very busy night, with what must have been thousands ashore through the area. They managed to ring 133 between them, and retrap a further 125, making a total of 258 birds handled! Not bad at all. 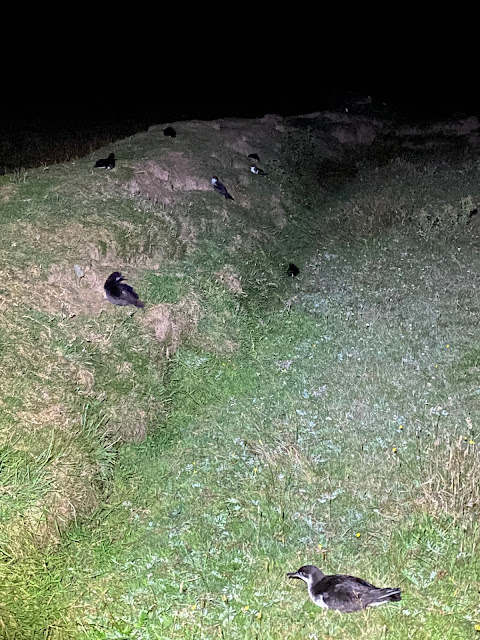 some Manxies sat on a wall in the Lowlands 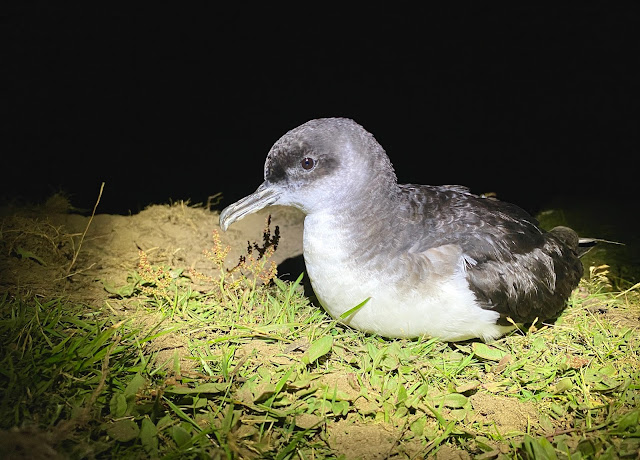 Today was a nice calm day again with some more sunshine at times, too.

This morning and early afternoon was spent again getting the Obs ready for day visitors coming, tidying up the grass around the Observatory and the gift shop, too. Meanwhile, Mark and Connor continued to press on with the ground preparation for the solar panels, it's starting to look very good up there.

George continued writing up his Manxie growth monitoring data in the afternoon and Josie cracked on with getting some report work done.

In the evening, news of a Brown Booby in Co. Wicklow motivated George and Mark to do some Sewatching from the Obs, there was no Booby, but a pod of six Risso's Dolphins showed well about halfway out for over ten minutes, feeding amongst a small feeding frenzy of Gulls and Manxies. As it began to get darker, a few large rafts of Manxies began to form along the West Coast, totalling around 1500 birds, and just before they packed up, a single flock of around 1000 headed South, presumably to join the rafts off the South End. 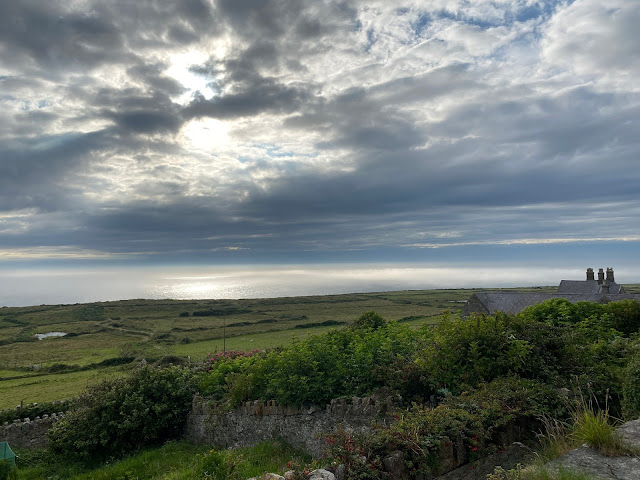 looking West from the Observatory

The evening was much calmer than forecasted, so again, George headed North to open the Storm Petrel nets, and was joined by Josie before long - the conditions were perfect, so it could be another good night...