Rain delayed any birding for most of the day whilst strong south-westerlies kept blowing through. However, later in the afternoon the winds calmed and the rain stopped resulting in a small fall of birds. As Ollie had just reached Nant, a Golden Oriole was seen flying south towards Cristin, which Ed then picked up as it dropped into the Withies! A Cuckoo was also found as we tried to re-find the oriole, and the Firecrest was heard singing again the plantation. 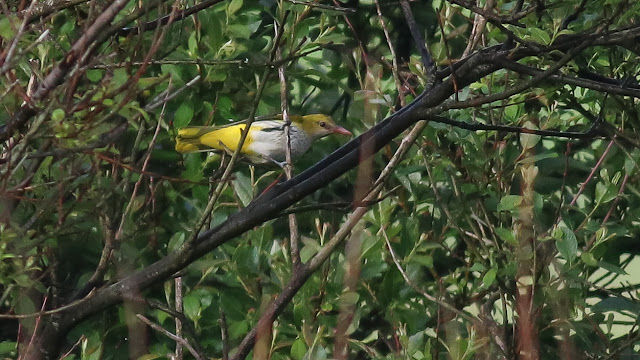