A blustery northerly wind was the order of the day, strong enough for the day trippers to be cancelled.

On the migrant front a Spotted Flycatcher was seen at Nant, as well as the usual Willow Warbler. Two Blackcaps were seen, and the Chiffchaff was still singing at Cristin, but the wind made most small birds keep their heads down all day.

Out at sea was a whole other ball game, with thousands of shearwaters streaming past the south end and feeding amongst Gannets and gulls off Pen Cristin.

Three Redshank in Henllwyn were the first for sometime and five Curlews were seen at several places a lot the west side and the Narrows. Oysercatchers are still incubating eggs and many small chicks are emerging. The Ringed Plover is still incubating its precious clutch of four eggs. 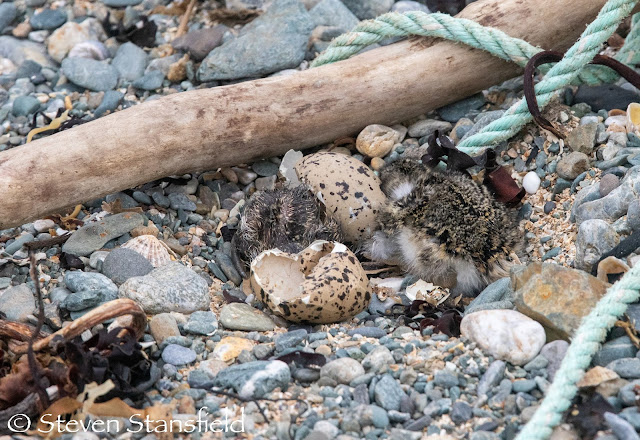 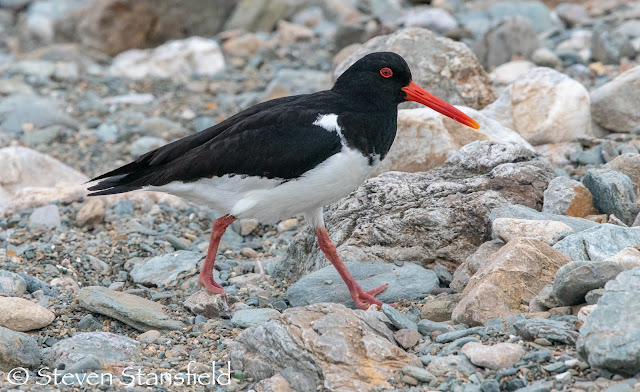 Collared Dove passage has persisted for longer than usual this year, perhaps because roughly nine birds have stopped on their migration and have taken to the chicken grain in the farmyard and are sticking around to make the most of that resource.

Posted by Steve Stansfield at 20:13

Newer Post Older Post Home
Subscribe to: Post Comments (Atom)
As BBFO is no longer able to accommodate guests at the Lodge for the early part of 2020 at least, the observatory, like many other charities, has no income. BBFO is still running the monitoring side of the Obs, and still has staff to pay, fuel to buy, and equipment to pay for. BBFO's projected loss for the season is over £20k if we are not able to operate at all due to the Covid-19 pandemic.